Ellington: In the Spirit of Duke 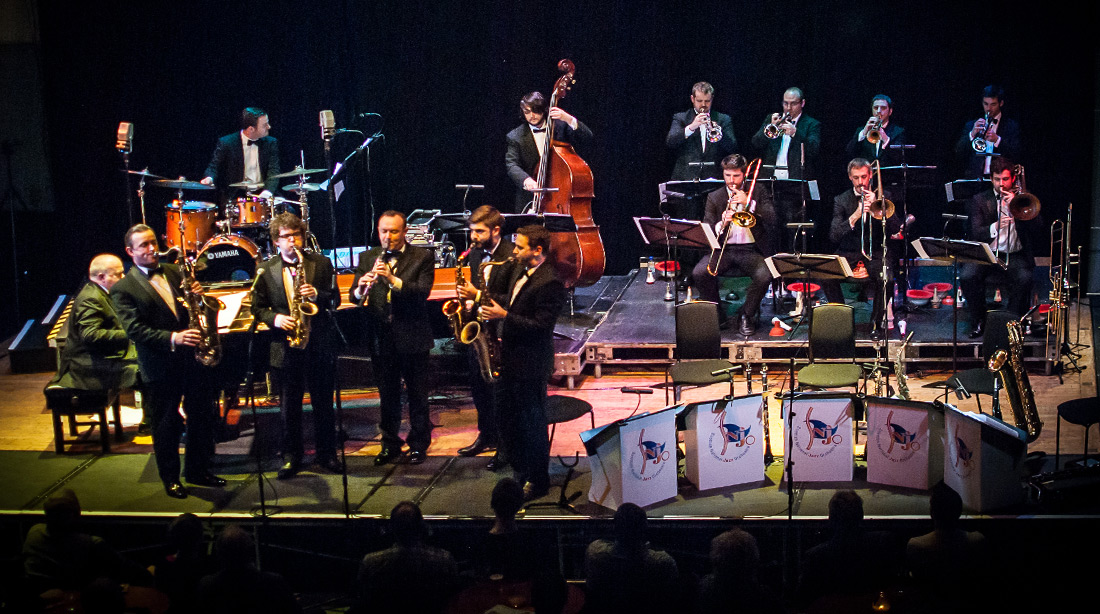 Edward Kennedy Ellington was a unique contributor to 20th century music. Composer, pianist, band leader – he reached out and touched a worldwide audience in a fashion that may never be equalled. His music was evocative and emotional, richly textured in mood, lyrical simplicity through to dense complexity, There were songs and suites, tone poems and the blues. 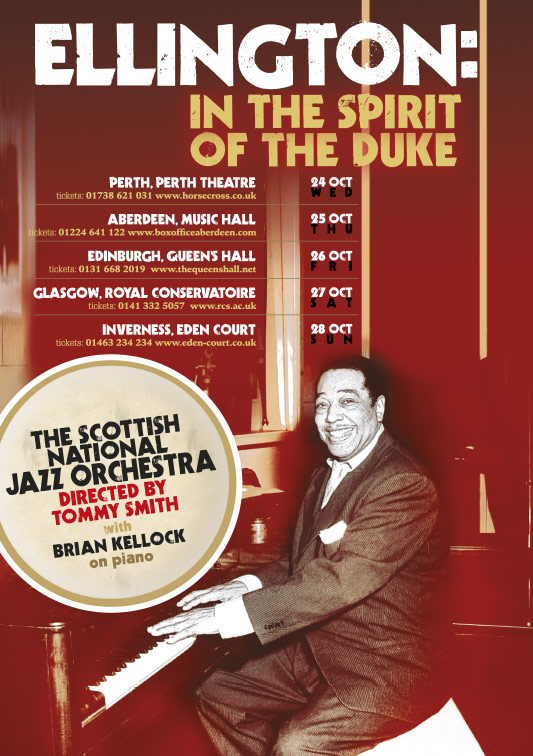 [prettyfilelist type=”pdf,xls,doc,zip,ppt,img,mp3″ filestoshow=”2720,” hidefilter=”true” hidesort=”true” hidesearch=”true” openinnew=”true” filesPerPage=”3″]
The Ducal legacy is vast covering six decades. The Scottish National Jazz Orchestra, winners of the Best Jazz Ensemble at the 2012 UK Parliamentary Jazz Awards and featuring Scotland’s finest jazz musicians, have chosen a variety of pieces spanning Ellington’s output with which to pay their respects. All are Ellington as written: the interpretations by the SNJO redefine the timelessness of Ellingtonia.

SNJO director Tommy Smith said: “We are proud to be celebrating such an inspirational figure as Duke Ellington, whose music we have visited successfully before and to whose style we will be endeavouring to remain as true as possible on these concerts. There’s no musician more qualified to play the Ellington role on piano than Brian Kellock and we’re looking forward immensely to featuring his skill, exuberance and fantastic touch at the keyboard at the core of an orchestra that’s currently playing at the top of its game.” 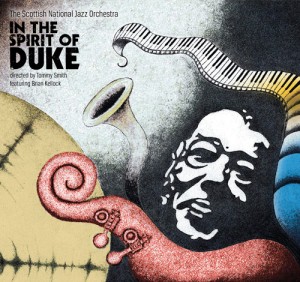 Get the album “In The Spirit of Duke”

Recorded on tour in Scotland in October 2012, In the Spirit of Duke captures the Scottish National Jazz Orchestra in one of its best-ever performances, getting under the skin of the Duke Ellington Orchestra.

Following every last Ellington detail, including the stage set-up, using specially sourced period mutes and playing scores that in some cases were specially transcribed from Ellington performances, SNJO director Tommy Smith set out to give audiences as close to the real-deal Ellington experience as possible. And he succeeded.

find out more
Tags: Duke Ellington, In The Spirit of Duke