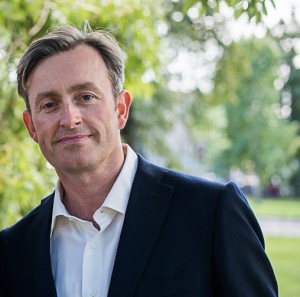 Award-winning Scottish saxophonist-composer-educator Tommy Smith is a creative force in improvised music performing in settings from solo to symphonic concerts and is one of Europe’s leading musicians. He has recorded 26 solo albums as a leader for Blue Note Records, Linn and his own label Spartacus Records and worked with stars like Chick Corea, Gary Burton, Jack DeJohnette, Kenny Barron, Arild Andersen, Trilok Gurtu and John Scofield.

Tommy Smith is Artistic director of the Royal Conservatoire of Scotland’s jazz course, and holds three doctorates from Heriot-Watt, Glasgow Caledonian & Edinburgh Universities and a Professorship from the RCS. His latest album KARMA won him his 6th Scottish Jazz Award for album of the year in 2012.

He founded the Scottish National Jazz Orchestra in 1995 and continues to be its director today.