One of the most respected names in jazz is also one of its most vital and creative forces; a saxophonist whose compositional portfolio has made a profound contribution to modern music. Wayne Shorter is in many ways the personification of modernity. His restless approach to playing, his philosophical perspective on life and his treatment of his own works has made him a daring figure and a much admired man.

He was first inspired to take up music after sneaking in to see Lester Young play at The Carnegie Hall in New York City. Right there and then, the young Shorter declared that he “had to get me a clarinet”. It seems an impetuous beginning to a career marked by a consistently cerebral way with music. Nevertheless, he was smitten by one of the most seductive propositions in music – the sound of jazz.

Now in his eightieth year, Shorter is still in love with jazz and is currently occupied with a new quintet engaged in complex re-workings of many of his most famous pieces. It is not premature to mention this so early in the narrative of his career, for Wayne Shorter has always operated in the present tense. His compositional style may be governed by forethought, meticulous scoring and precise notation, but he has never been locked in by the past, nor held hostage to the future.
His first roles as a sideman were with Horace Silver in the fifties, and subsequently with that great employer of emergent talent, Art Blakey. It was only after a prolonged courtship that he walked through the revolving door of the Miles Davis centre for dangerous minds.

There were, if any, few arguments between these kindred spirits. Miles was making music without a map, Shorter was interested in plotting a course into the unknown. Together, they made seminal music that still shapes our sense of the last century; a time when man met machine but still dreamt of the stars. Miles the adventurer and Shorter the cartographer created new charts from nothingness on albums like Kind of Blue and In A Silent Way which were spiritual in conception but technically exacting in their execution.

Shorter’s liaison with Miles lasted six hugely productive years. Both men were compelled to continue their journeys separately but they appeared at times to be moving in similar directions, albeit along dissimilar paths. The ideas and instrumentation on In A Silent Way morphed into a cosmopolitan (and cosmic) outlook in Weather Report which in turn provided Shorter with a vehicle for some of his most dazzling compositions, not least the irresistible Harlequin and panoramic Palladium.

Joe Zawinul and Wayne Shorter together with Jaco Pastorius constituted a gravitational force that attracted many others. Weather Report did not break down musical barriers so much as simply behave as if those borders did not exist. Many musicians have been inspired by that swagger, and still strive towards similar goals. The great gift that Wayne Shorter has made to modern music is to suggest that a maverick tendency could be a modal approach to composition.
Shorter’s achievements in instrumental jazz music are essentially twofold. Firstly, he continually re-painted the high watermark for jazz composition with original tunes such as JuJu, Yes or No, Infant Eyes and Footprints from his Blue Note years, and through his work with Miles Davis and Weather Report. Secondly, his commitment to excellence in his chosen field is underscored by the clutch of awards, winning no less than nine Grammys for either best instrumental composition, solo or performance.

If Shorter is competitive then it is more likely that he is pitting himself against his own past triumphs and trying new ways to trump his own legend. You have to wonder if there really is anyone else better equipped for this task than Wayne Shorter; the man who drove Miles, forecast Heavy Weather and lent jazz-minded rock the credibility it needed to grow up and join the world of adults.

The SNJO is joined by Branford Marsalis in an orienteering expedition through the music of Wayne Shorter. Where they lead we can only follow, and get happily lost in some of the finest jazz compositions in any century. 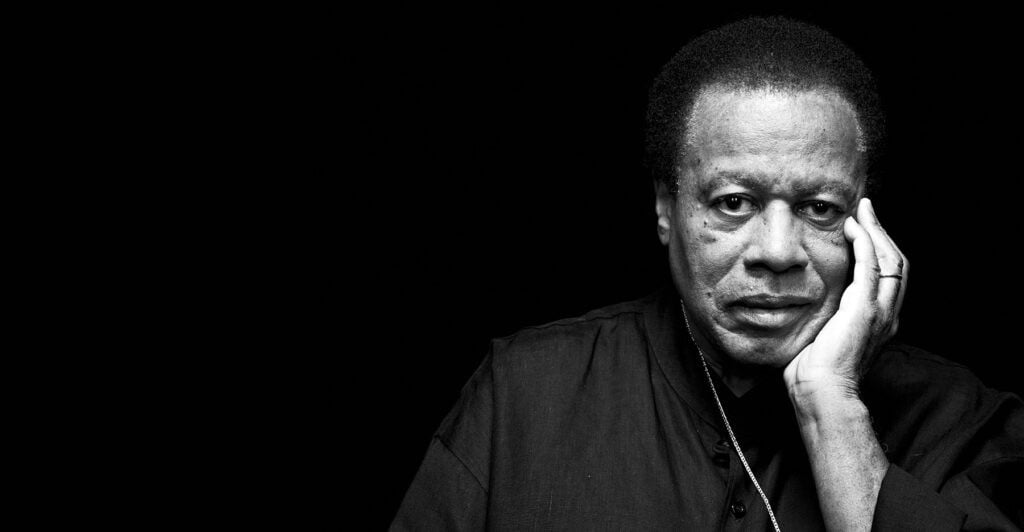