Is it really 2015? It seems astonishing that a double of tens have passed since the birth of the Scottish National Jazz Orchestra, yet here we are. Our story is a compelling one by any measure, and it reads at times like a drama in three acts.

First there was the shaky start followed by challenge and adversity, and an eventual outcome that’s been a resounding victory for Scottish jazz. Of course, it takes time to win hearts and stimulate minds, but it also requires forward motion to stay vibrant, alive and relevant. We also found that we needed grit and determination. When the SNJO company name was stolen in 1998 I had to fight for a year to get it back, finally succeeding with the guidance of the Musician’s Union and their lawyers.

In the beginning, the SNJO enjoyed no institutional support and endured three lean, formative years before we received our first major support in 1998. Even then, the hand-to-mouth existence persisted for a further eleven years. In those days, I wore every administrative, organisational and operational hat going, but became a master of none. The Scottish Arts Council stepped in with more support and in 2010 we appointed our first manager. After fifteen years we were finally off, and I was free.

A year later, our second orchestra manager Lindsay Robertson was appointed, and she has more than made a difference, empowering the SNJO with her wisdom, experience and generosity. Our administrative structure remains modest, but combined with the unstinting support of our dedicated board, we have been able to achieve many great things. We are also especially indebted to all the wonderful friends of the SNJO who support our every move.

Over the years, there have been outstanding concerts, milestone recordings and memorable evenings with world-renowned masters of jazz as our very special guests. I’ve enjoyed so many stunning experiences in my role as artistic director of the SNJO it’s almost impossible to single out specific highlights.

However, some of the most vivid concerts featured the elegance of Gary Burton, the energy of Arild Andersen, the effervescence of Kenny Wheeler, and an electrifying John Scofield playing the music of Miles Davis. Neither will I quickly forget World of the Gods and our 2010 performances with the magnificent Mugenyko Taiko Drummers.

Over the years it has given me great pleasure to welcome Joe Lovano in Torah, David Liebman in Beauty & the Beast, Kurt Elling in Syntopicon, and Peter Erskine in Weather Report. Certainly, I hope that SNJO fans recall as fondly as I do Planet Wave with legendary poet Edwin Morgan, the Chick Corea programme with drummer Gary Novak and Rhapsody in Blue with Brian Kellock. Most certainly, our shows with the much-missed Tam White, and our celebration of Michael Brecker with his brother Randy, connected strongly with all who were there.

We can be proud too of our modest CD output too. The critical success of Culloden Moor with Bobby Wellins, and In the Spirit of Duke both consolidated our growing reputation for excellence. Also, the recordings we made of Celebration for the iconic jazz label ECM, and more recently American Adventure were particularly important landmarks for the SNJO that provided great personal satisfaction.

Last year, however, the SNJO enjoyed its most emphatic concert season so far. We shared the stage with the brilliant Branford Marsalis paying tribute to Shorter, the unstoppable Courtney Pine playing Coltrane and Bob Mintzer guiding us elegantly through the Yellowjackets repertoire. Audiences responded particularly warmly as Laurence Cottle, Marcio Doctor and Gareth Lockrane joined us to visit the music of Jaco Pastorius in pulsating style. Most memorably, maestro Makoto Ozone joined us in performances of Mozart and Gershwin that were quite justifiably described as a tour-de-force. In fact, I’ll be mixing recordings from these Mozart concerts for the new SNJO release this year.

Over the years the SNJO has enjoyed access to some of the music world’s most phenomenal arrangers. This great art is often taken for granted, so it only seems right to name-check people like Maria Schneider, Joe Locke, Makoto Ozone, Florian Ross, Geoffrey Keezer, Christian Jacob, the late Fred Sturm, Manu Pekar, Pino Jodice, Michael Gibbs, Bob Mintzer and Michael Abene. They have been pivotal to the establishment of the SNJO as an energetic contemporary jazz orchestra.

Time passes and leaves us with fond memories, but the SNJO thrives on perpetual motion. I’m looking forward to making as much original and classic jazz music as we can, forging even stronger relationships with major international guest artists, and creating inspiring orchestral jazz. One particular ambition must be to address the step-wise release of our recorded legacy from its current home in the SNJO vaults. Then, the listening world will truly hear how far we’ve come, but in my heart I know how far we’ve yet to travel. 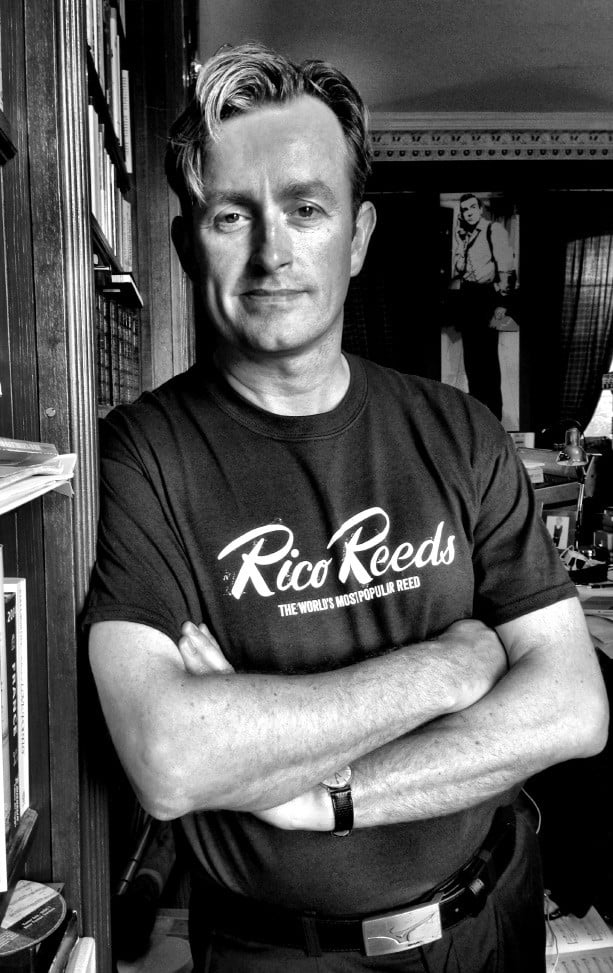