In a rare appearance in the UK, Mainieri joins the Scottish National Jazz Orchestra to re-invent the music of his group Steps Ahead in new arrangements specially commissioned by the SNJO from Christian Jacob, Florian Ross and Christian Elsässer.

Mike Mainieri came to the widespread notice in jazz with Buddy Rich in the late 50s (Buddy Rich and His Buddies on Fresh Sound FSR-CD 724 features Rich’s young discovery in 1960 and 1961). He embraced free-thinking (and farming) in the 1960s and 70s, before stepping out as a solo artist.

After the heyday of groups such as Weather Report and Return To Forever in the 1970s Mainieri’s ground-breaking group Steps Ahead (originally formed in 1979 as Steps) refashioned so-called jazz-fusion into new and equally distinctive forms, acoustic and electric, in the following decade and beyond.

Alongside his jazz work Mainieri has also been first-call vibraphonist for some of the biggest names in rock music, including Paul Simon, Joni Mitchell, Dire Straits and Laura Nyro.

The concert dates are as follows (tickets can be purchased from the venue websites):

All concerts start at 7.30pm. In Edinburgh and Dundee the concerts will be preceded by an introductory talk at 6.45pm. 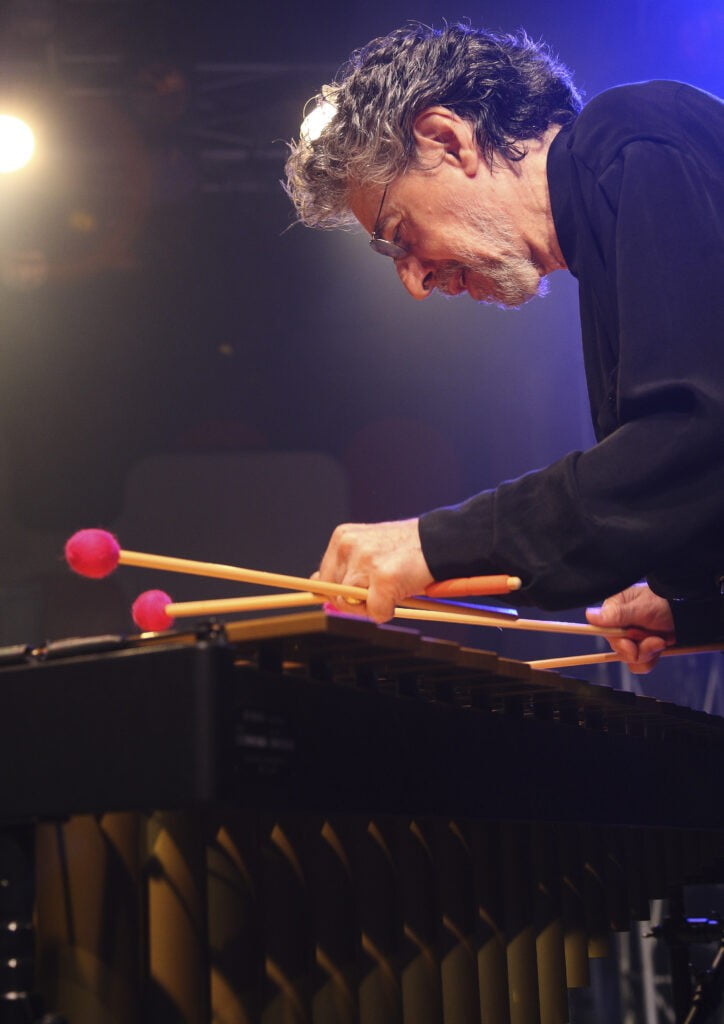