Composer Billy Strayhorn in the Limelight at last

THIS year marks the centenary of one of the great unsung heroes of jazz history, a man who was also half (and sometimes, arguably, more than that) of one of the greatest musical partnerships of the 20th century – and the composer of classics such as Take The A Train and Lush Life.  His name was Billy Strayhorn.

In late 1938, this quiet young musician in his past-its-best Sunday suit was taken backstage in a Pittsburgh theatre to be introduced to the great jazz bandleader and composer of the day, Duke Ellington. As Ellington rested between performances on a reclining chair, while his valet tended to his hair, 23-year-old Strayhorn was ushered in.

Ellington may not have bothered to open his eyes to take a look at his guest, but by the end of the short visit, Strayhorn – who dazzled Duke with a series of piano performances of Ellington tunes, first as the composer himself would play them, and then in his own arrangements – had been wholeheartedly accepted into the organisation.

So began a three-decade relationship that was one of the most fruitful and – according to those who witnessed it – loving in jazz history. From the outset, the refined and cultured Strayhorn, a dedicated Francophile and follower of fashion who had never really belonged in the Pittsburgh shack in which he was raised, was not so much Ellington’s right-hand man as his alter ego.

Constantly on the road with his band, Ellington entrusted composing and arranging assignments to Strayhorn, who had absorbed the Ellington Orchestra sound and was more than happy to devote himself to keeping it up to date with new music, and keeping the royalties pouring in to an organisation which had many mouths to feed.

Bob Wilber, the 86-year-old American clarinettist and saxophonist who was a member of a celebrated small group put together by Strayhorn in the 1960s, says: “He so completely assimilated Duke’s music that often you couldn’t tell in an arrangement which part was Duke and which part was Billy. He was absolutely indispensable to Duke.”

Strayhorn had been a frustrated would-be cosmopolite in Pittsburgh, where his sexuality was never discussed but where he was always assumed to be gay, but he blossomed in Manhattan, living initially with members of Ellington’s entourage in the boss’s Harlem penthouse, and spending his days soaking up all the art and cocktails that he could during his non-writing time. “A miniature, black Noel Coward,” was how one friend later described him.

As his biographer David Hajdu writes: “In Pittsburgh, who he was had inhibited Billy Strayhorn from doing what he could do; in New York, what he could do enabled him to be who he was.” And what he was was a young gay man who loved the finer things in life, and was able to set up home with his boyfriend secure in the knowledge that – unlike many employers back then – his sexuality, and his openness about it, would not be an issue with Ellington, who treated him as one of the family, possibly even better than he treated his own son, Mercer, who also wrote for the band.

Not only did his association with Ellington provide him with the bon vivant lifestyle he had dreamed of, it also gave him an outlet for his artistry and allowed him to flourish as a composer. He may have been composing and arranging for the Ellington outfit from 1939 – and have been the author of Take The A Train, a massive hit which Ellington quickly promoted to the band’s signature tune – but Strayhorn wasn’t credited as composer or arranger for his contribution until the 1950s, after a brief period when he had split from the organisation.

Everyone in the band, however, knew that he was a prolific writer of their music – and he was well liked and respected. Tommy Smith, the director of the Scottish National Jazz Orchestra, which is performing three concerts this month to celebrate the “Jazz Genius of Billy Strayhorn” – from such familiar pieces as Isfahan, Chelsea Bridge and Satin Doll to rare, recent rediscoveries – recounts a story told to him by one-time Ellington trombonist Buster Cooper.

“He told me he was once sitting next to Strayhorn on a plane, and Strayhorn had his briefcase out. He opened it and there was some manuscript there, and Buster was really excited because he thought he was going to get to see what Strayhorn was going to write – they were all in awe of him and never sure who had written what. But Billy Strayhorn lifted up the manuscript – and there was a bottle of whisky there. He offered Buster a drink, and put the manuscript away. Buster never got to see what the music was.”

One song which everyone knew was 100 per cent Strayhorn was Lush Life, the poetic words and haunting music of which he had mostly penned before he met Ellington. It’s long been a favourite of jazz singers – and its recent performance by Lady Gaga boosted her credibility with the jazz community because it is, as Bob Wilber points out, “a very tricky song”. Indeed, Strayhorn was incensed by both the arrangement and the fluffed lyrics in Nat King Cole’s famous recording of it.

British-born jazz singer Annie Ross met Strayhorn in the early 1950s when they were both living in Paris – the city he had written about in Lush Life. She says: “We hit it off immediately. He liked the way I sang and he taught me Lush Life. He was a gentle soul. They called him the Swee’ Pea precisely because he was so gentle.”

It might also have been something to do with the love of flowers and nature that he inherited from his devoted mother – a love that is obvious from song titles such as Passion Flower, Lotus Blossom and Violet Blue, which were written as features for alto saxophonist Johnny Hodges, whose gloriously plaintive sound was the perfect match for Strayhorn’s beautiful but dark-tinged melodies and sumptuous arrangements.

When, in March 1965, Strayhorn – whose piano playing was usually done in the recording studio or just to entertain friends – was asked to put together a band for a concert featuring his first solo piano performance, Wilber got the call that one might have expected Hodges to get. “I don’t know how he had heard me – whether it was only on record – but he realised that I would be the ideal interpreter for the compositions that he wrote for Johnny Hodges. It was an absolute thrill being called to be in that band, which he named the Riverside Drive Five. I was thrilled to do it.”

One of the tunes performed at the concert and then long forgotten about was Orson – Strayhorn’s portrait of Orson Welles. The music for it was discovered in box stuffed with manuscripts in Strayhorn’s basement long after his death from cancer in 1967. The handwriting on the music helped shed light on Strayhorn’s enormous contribution to the Ellington repertoire and sound, while stacks of his own pieces underlined the fact – long known by Ellington experts – that he had been a brilliant composer in his own right and that he alone had composed many of the numbers that had been thought to be collaborations.

Now, in Strayhorn’s centenary year, he will perhaps receive more of the widespread recognition he deserves.

The SNJO, directed by Tommy Smith and with Brian Kellock on piano, pay tribute to The Jazz Genius Of Billy Strayhorn at the Queen’s Hall, Edinburgh, on Friday 20 Feb, the Buccleuch Centre, Langholm, on Saturday 21, and at the Royal Conservatoire of Scotland, Glasgow, on 22 February. www.snjo.co.uk.

NB: This article was written by Alison Kerr, who writes about jazz for Scotland on Sunday, The Herald and The Scotsman, and at www.jazzmatters.wordpress.com 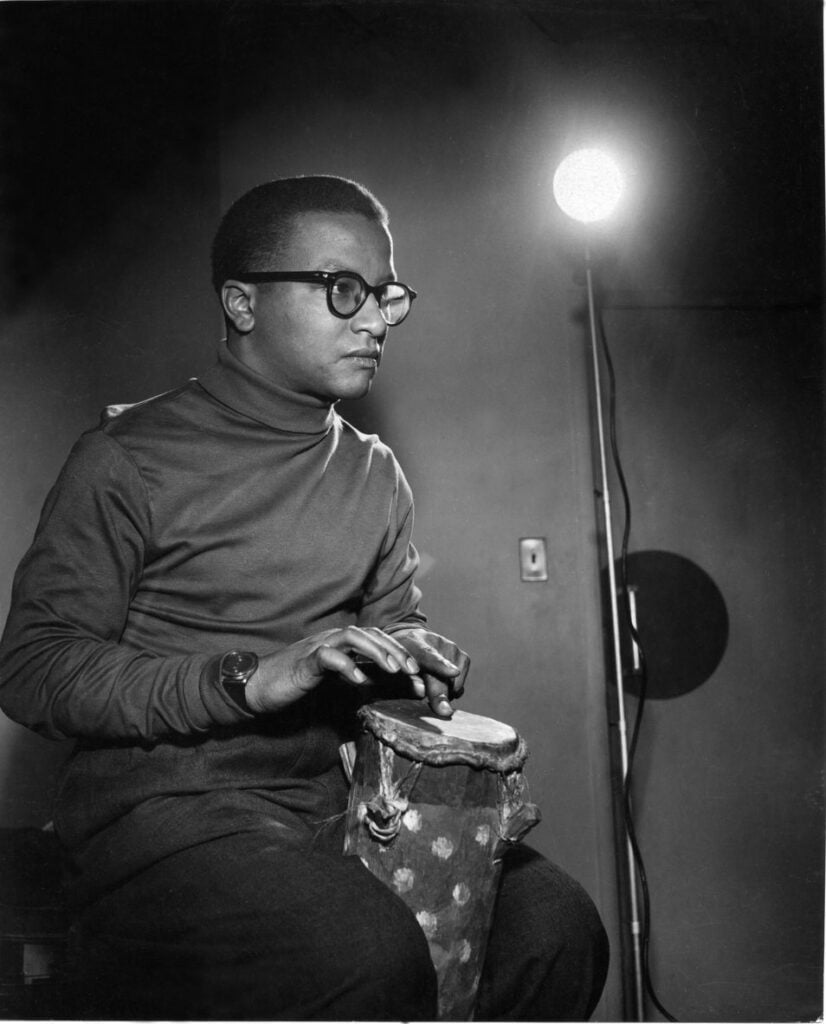