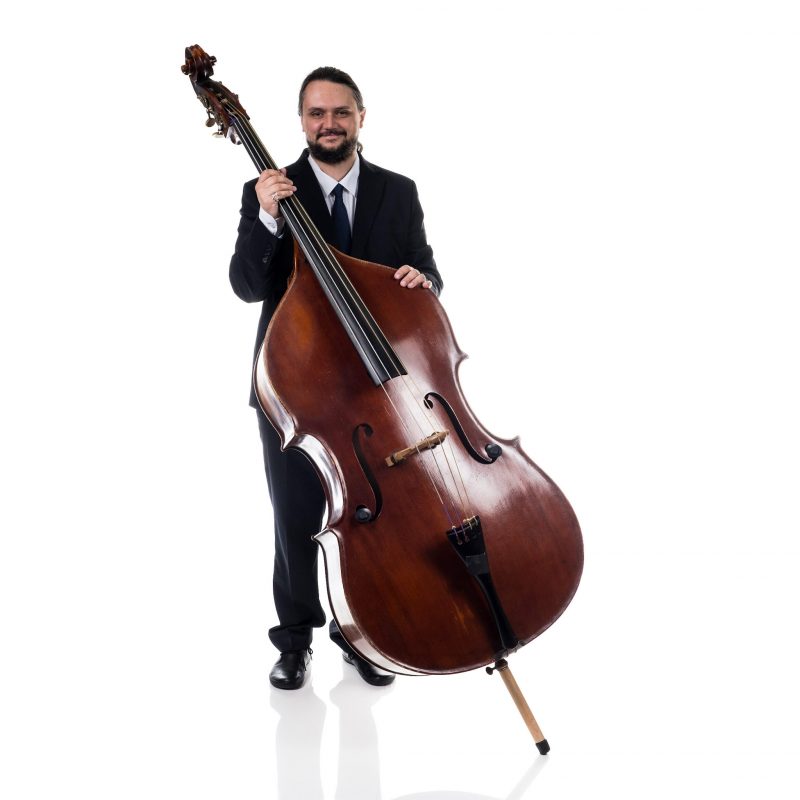 (b: 1986) Calum is a Scottish bassist, composer and band leader based in London. He graduated from the Royal Academy of Music in 2008. He plays gut strings and hates pick ups. His 2019 album ‘New Ears’ was nominated for a Scottish Jazz Award and an Ivor Novello Composer Award. Calum leads a monthly big band residency playing original music at The Vortex Jazz Club, London. He has been a sideman to many including Sheila Jordan, Scott Hamilton, Tommy Smith.