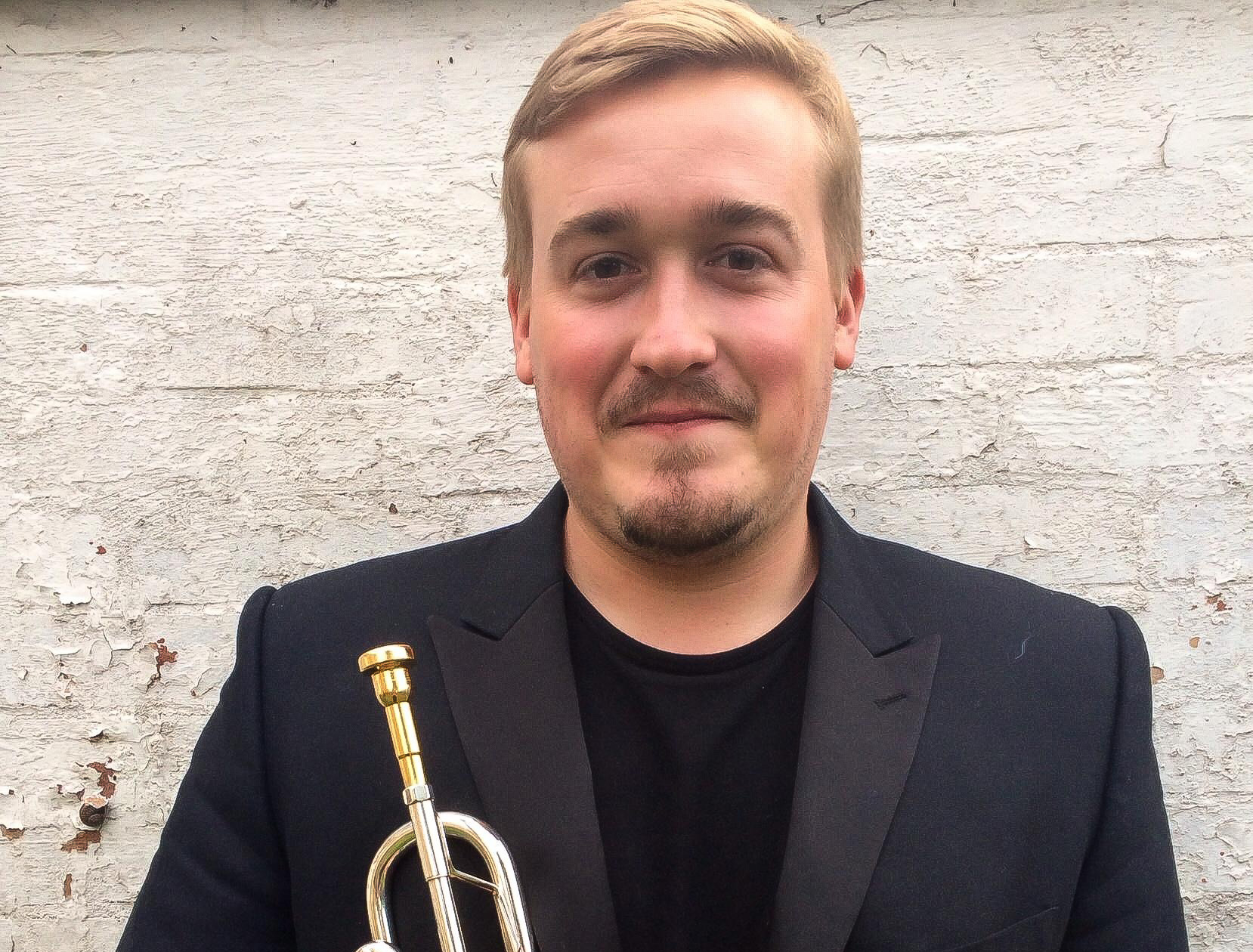 Tom Walsh, (b 1992) graduated from the Jazz Course at the Royal Academy of Music in London with 1st Class Honours in 2013. Whilst there, he learnt with Mike Lovatt, Gareth Lockrane and Nick Smart, and previously with Gerard Presencer. In his first year at college, Tom was the inaugural recipient of the Humphrey Lyttelton Jazz Prize, an award for outstanding jazz performance, which gave him the chance at 18 yrs old to play with his quintet to an audience of over 3000 people.

Tom left the lead trumpet chair with NYJO in 2012 after four years and since plays lead and jazz trumpet with some of the UK’s top big bands including: The Stan Sulzmann Big Band, The Laurence Cottle Big Band, The Stan Tracey Orchestra, Ronnie Scott’s Jazz Orchestra, Reuben Fowler Big Band, Back To Basie and the SNJO, and was the youngest trumpet player to play with the BBC Big Band.

In light orchestral work Tom has played principal trumpet with John Wilson, The RTE Concert Orchestra, the English National Ballet Orchestra, and London Concert Orchestra. In the pit, Tom regularly deps on the West End show ‘Wicked” and previously has played on “Dirty Dancing” and “Here To Eternity”. This year Tom played lead trumpet on the live X Factor 2013 Big Band show, is part of Hamish Stuart’s horn section, and has played with artists such as Van Morrison, Mick Hucknall and Mica Paris. In February 2014 he co-produced and played on Al Jarreau’s London Gigs at Ronnie Scott’s. Tom writes and arranges for his own sextet, playing contemporary original tunes and standards. He is the grandson of arranger/composer Robert Farnon and cites Jerry Hey, Derek Watkins, Gerard Presencer, Till Bronner and Michael Brecker as some of his biggest influences.