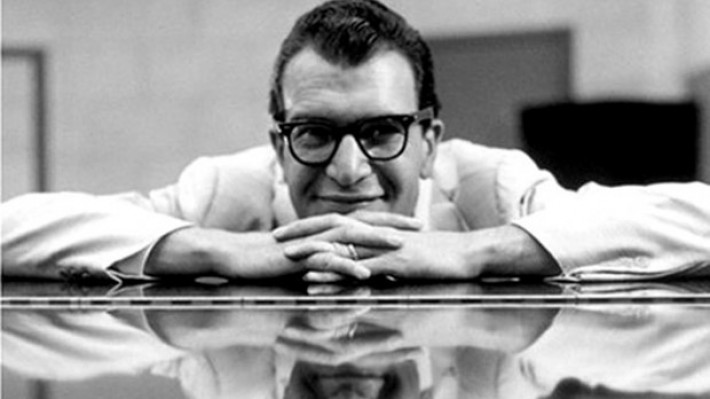 Sage Gateshead’s contribution to International Jazz Day was just that – International! Two Americans and an assortment of Scots combining to pay tribute to the late legend that was Dave Brubeck.
Frequently vilified by the critics during his lifetime, Brubeck has, upon his passing, become semi-sanctified. The true assessment lies somewhere in between. Certainly he could, at times, go over the top pounding the piano into near submission. However, he was also capable of great sensitivity as one of the evenings pieces, In Your Own Sweet Way, proved.
Brubeck’s main claim to fame was probably the innovative introduction of time signatures other than the usual 4/4 or occasional 3/4 that were the norm prior to the quartet’s Time Out album. Numbers such as Take 5, Blue Rondo, Raggy Waltz, Unsquare Dance etc were unique conceptions that took jazz into a new dimension. Absolutely brilliant but it was difficult tapping your feet in 5/4 time! Personally, I preferred his earlier recordings such as Jazz at Oberlin which was straight down the middle swing.
Prior to the concert, I knew little about the two featured American soloists. From Row M Dobbins even looked a bit like Brubeck although his playing wasn’t quite as flamboyant as the late Dave’s. Nugent, didn’t look like Paul Desmond but he did display similar lyricism and his fuller tone was a delight to hear.
The Scottish National Jazz Orchestra rank amongst the world’s finest and it was inspirational of Tommy Smith to approach Dobbins to orchestrate the quartet’s music for big band.
The band cut the charts brilliantly – in particular, the blend of the sax section on In Your Own Sweet Way – truly an object lesson in voicing a section. One of those rare moments when the Earth moves!
The raiders frae over the border also had outstanding moments solo–wise. Tommy Smith blew flute on Nomad, from Jazz Impressions of Eurasia with Phil O’Malley adding some trombone exotica. Tom McNiven excelled on flugel during It’s a Raggy Waltz. Smith played tenor on Cassandra as did Wiszniewski on Mr. Fats. Paul Towndrow had a blast on Winter Ballad that was by no means overshadowed by Nugent.
All in all an enjoyable evening that deserved to have been better supported.
Prior to the concert, Dobbins, Nugent and Smith told those present about how the project came about. The SNJO were playing at the Rochester Jazz Festival in New York. Dobbins was not only playing there but also organising it and the rest, as they say, is history.
Lance.
PS: In an age where concert programmes cost almost as much as the tickets, it was a refreshing change to find out that at this gig they were free!